Some of you guys also have some other Italian beauties in the shed..... so go ahead and post pictures of your non-Ducati Italian machinery here.
Post Reply
17 posts

Looks (and feels) like my 1977 Moto Guzzi LeMans MK1 has seen better days. This was the result of a left turn by another vehicle directly into my path of travel. I guess we all have to part with our machines some time. Not sure if I will part out or sell as is. Incredibly, the right side of the bike has no damage to mention. I have a feeling that I will not try to get her back on the road by my own urging with so many other projects. Anyway, I think she has been jealous and incorrigible since I purchased a bevel drive Ducati twin! I don't blame her!!! Keep the shiny side up. 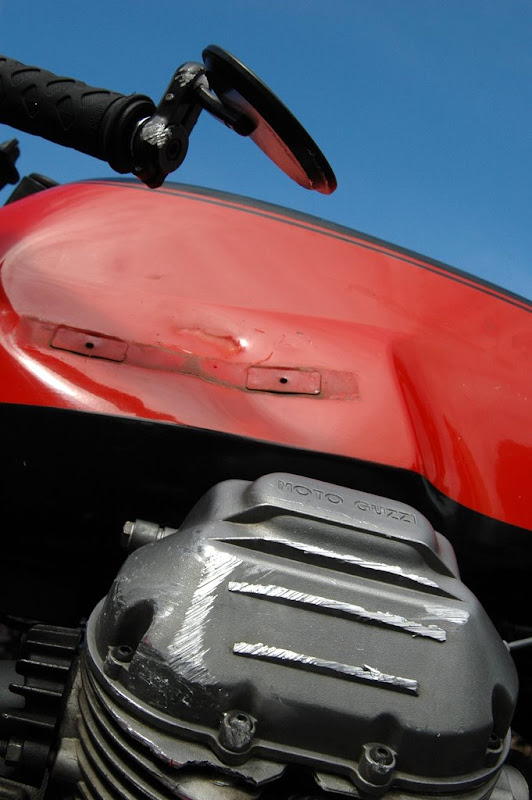 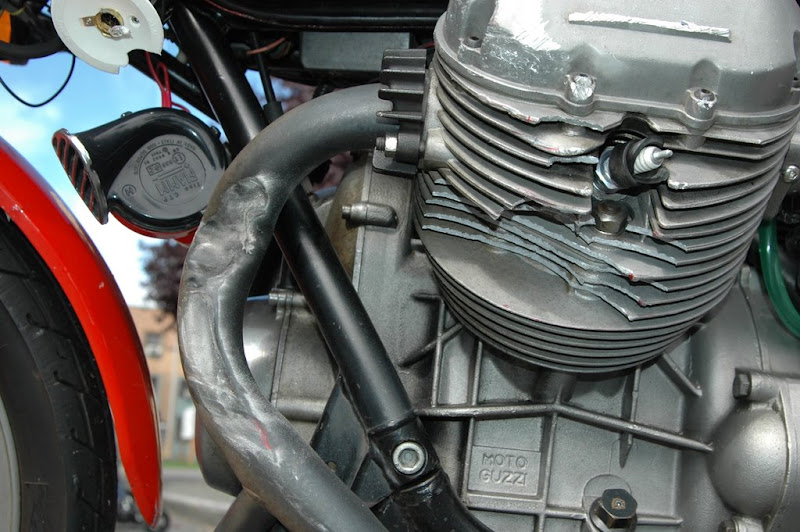 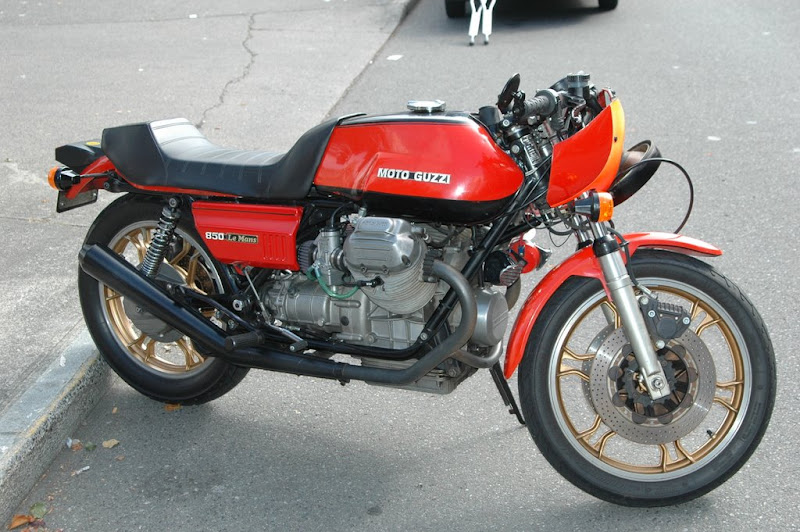 Sorry to see the bike like that!
Happened to me as well, but I rebuilt the Mille.....!
Top

Now that is a crying shame. What a waste of a lovely motorcycle. Hope you came off in better condition than the poor old Guzzi. There looks like there could still be hope for the old girl. Unless there is more damage than I`m picking up in the photo`s.
Top

...yeah, those are my hobblin' sticks in the background of the last image. Fractured fifth metatarsal on my right foot. First fracture/break in my life and hopefully the last! Chris
"Red hair and black leather, my favorite color scheme."
Top

Osred,
That is a nice machine. I have a '76 Lemans in great condition and there is no way I wouldn't fix it if the same happened to me.
Top

You would consider breaking the bike just because of some cosmetic damage???? My wife is still upset at my selling my '78 LeMans. Let me know if you want to sell, I might consider patching it up and riding it across the country. 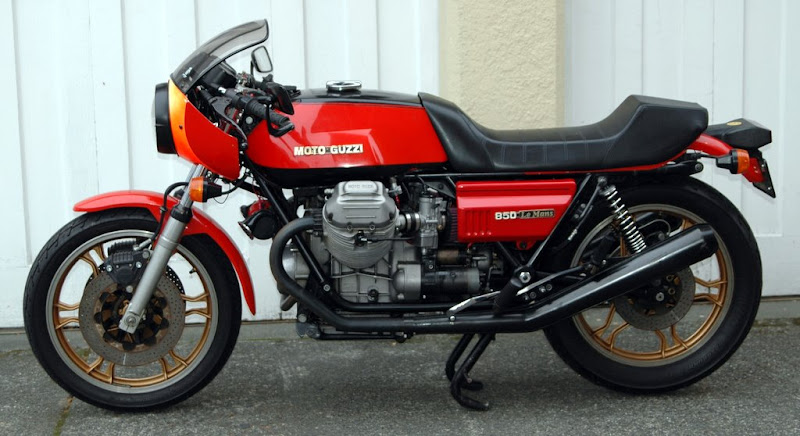 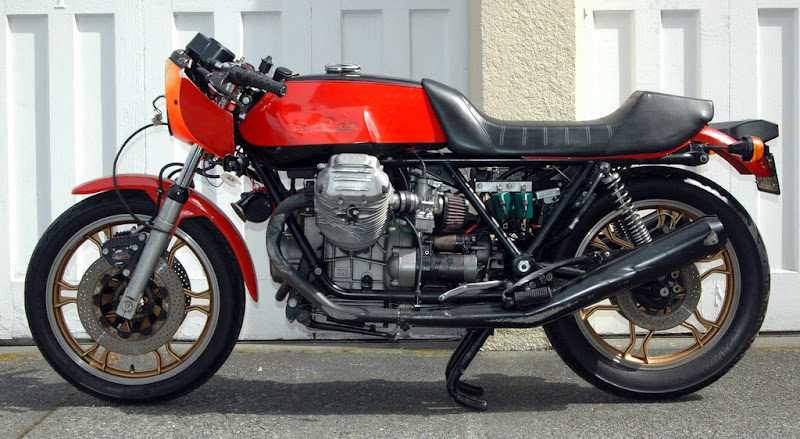 Osred,
Drop the bodywork off and have a look at the frame and measure, it won't take much. If it is straight it is worth fixing. Did you have insurance? If you did fix it. If not and it is bent then part it out.
Ian
Top

The frame (chassis) would worry me most.
I had a similar accident with my Ducati Mille, and the frame was bent in three (!!) places, and was beyond repair.
(I replaced it with a new Verlicchi chromo frame for a 900SS.....)
Top

The impact was rather violent from a Mini Cooper directly into the left side of my bike. I was lucky to be ejected up and over the front end of the car before the full brunt of impact was felt, as my leg would have probably been mashed. Amazingly, the bike stayed on its left side as it went sliding down the road after impact.

To be honest, this motorcycle has been nothing but a headache over the past couple of years; coincidentally ever since I purchased a Ducati bevel twin. Not more than twenty-five miles after I finally had the thing tuned and running well, this happened. I'll probably keep her and someday get back to the drawing board.
"Red hair and black leather, my favorite color scheme."
Top

The fork tubes seem straight, the front rim isn't bent so perhaps it was more of a glancing blow. Based on my experiences of crashing I would be surprised if the frame was bent, but that shouldn't be hard to spot. I also wouldn't worry about the motor unless there is some evidence that the cylinder has been dislocated. Replace the spark plug and lead and I would think that it would fire right up.

You couldn't break my Guzzi with a hammer. Lots of miles on it with minimal problems. I even rode it out to the west coast twice, once passing by Seattle on my way from the Olympic Penninsula to central Washington.

Offering a beautiful, original and rare motorcycle with left side damage from 2008 accident. Right side of bike is perfect. Pretty easy to get back on the road, but I don't have the time. Original mileage 47K, Engine # 072945. WA state collector's license plate (no registration renewal required). Sale includes box of extra parts, manual, reference materials and records/receipt from May 1980 to present.