well, i was doing some headlight work the other day - replacing the bulb with one of those new-fangled led types, (this one works like a charm, btw), and deciding whether or not to replace the bosch headlight reflector, which has about a 2"x2" area at the bottom that no longer reflects, thanks to the shield that was broken and rattling around before i realized it. i tried chrome paint, which was better than nothing, but not much. before i bite the bullet and get another reflector, i'm gonna try silver duck mirror crafting tape; it looks like it just might do the trick, at a fraction of the cost. 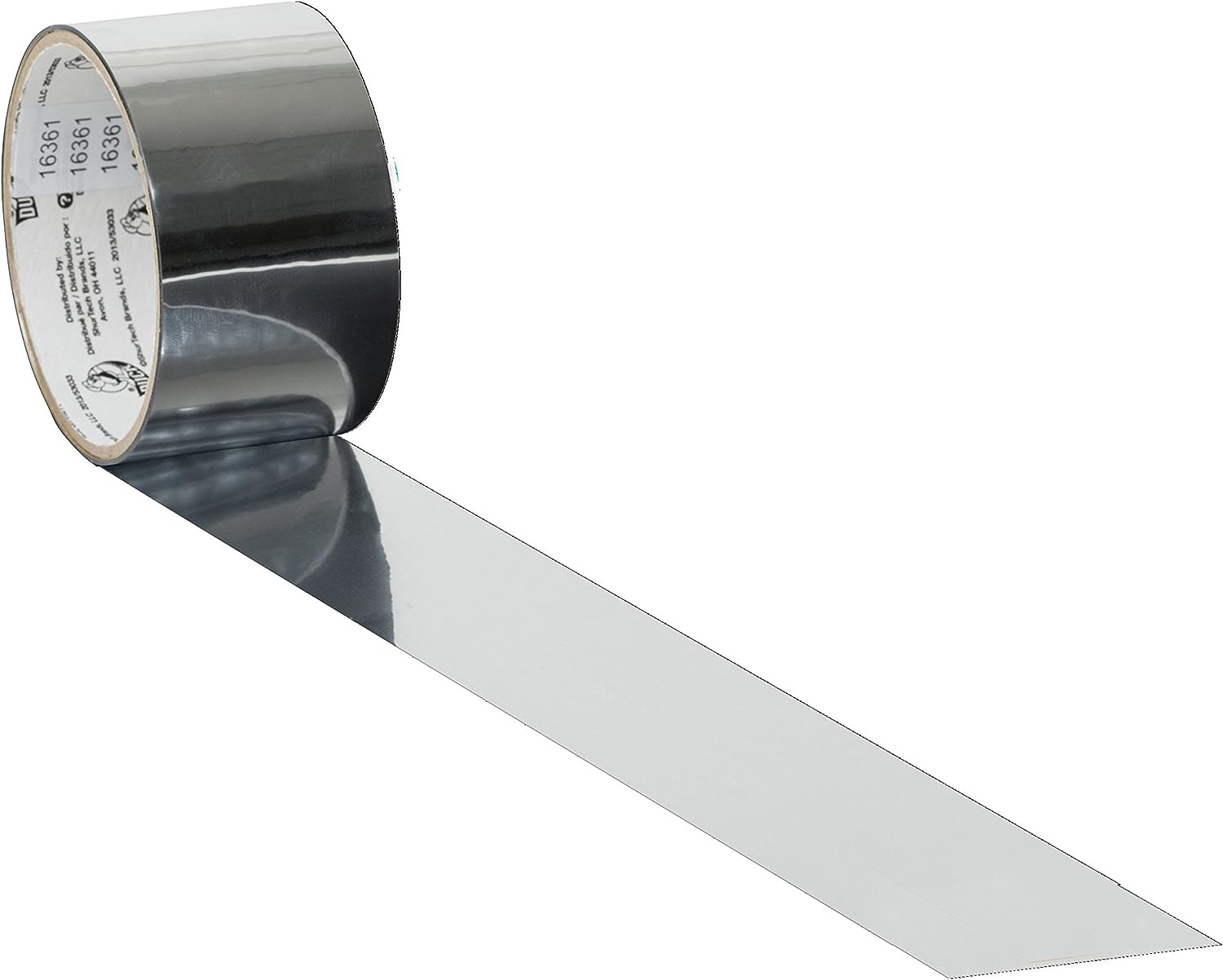 anyway, when i was done, i moved the bike back to its spot and was putting stuff away. a bit later, i noticed a puddle underneath the darmah, which at first looked like oil, but closer examination (and smell) clearly indicated it was gas. i could see it dribbling down from the front carb onto the intake to the cylinder, down the side of the sump and onto the floor. yes, the petcocks were open, but it wasn't leaking prior. i shut off both petcocks, and immediately i could see that the gas that was dribbling from the carb/intake area immediately stopped. i opened up the petcock again, and could see gas starting to slowly accumulate again; turned it back off. so then, i tried to crank it over, and nothing - indicating the cylinder was full of gas. so, i pulled the front plug and held a pot over the hole and tried again. sure enough, it turned over, and gas shot into the pot; i should have pushed the kill switch first, because it ignited, and i was fortunate enough to toss the pot out into the drive before i had a catastrophe on my hands. and a rag to put out the flames caused by the gas that wasn't caught in the pot.

anyway, when i put the plug back in, opened the petcocks and cranked it again, it fired right up, and ran fine. i let it idle a bit, and then shut it down and turned off the petcocks. today, i wanted to take it for a ride, so i opened up the petcocks, and it fired up immediately. i went for about a 10 mile ride to a local pizza joint, and everything was fine; it idled fine, was a bit rough running for the first half mile or so, and then everything smoothed out as normal. petcocks shut off at the pizza place, turned back on for the ride home, and everything was perfect. turned off the petcocks when i returned home.

so, my question is - what's inside the carb that may be causing this? i don't think it's leaking when the petcock is off, or it wouldn't have immediately fired up after sitting for 10 days or so, as gas would have leaked out the carb into the cylinder when the petcock was off - it only leaks when under the gravitational pressure from the gas in the tank. i'd like to fix it, but i don't want to be buying parts i don't need. or maybe, some debris was causing the leak, and riding it flushed the offending debris out? would it be worth it to open the petcock and keep an eye on it, to see if it starts leaking again?

any/all suggestions and/or advice is appreciated.

If You had the bike with closed petcocks for a longer time, carb may have been gummed a bit. Flowing gas may have cleaned some debri away.
A lot of assumptions but try to empty them before putting it away, unless You ride it very regularly.
BTW : when You have the contact ON and You push the killswitch OFF : You will get a spark. Can't remember if this happens with a Darmah when You turn the contact off

.
With points-bevels You also get a spark, so be carefull when You splash Your garage with fuel and then turn the ignition OFF.

36 on a Darmah, wish we could use those around here

It's the float valve. 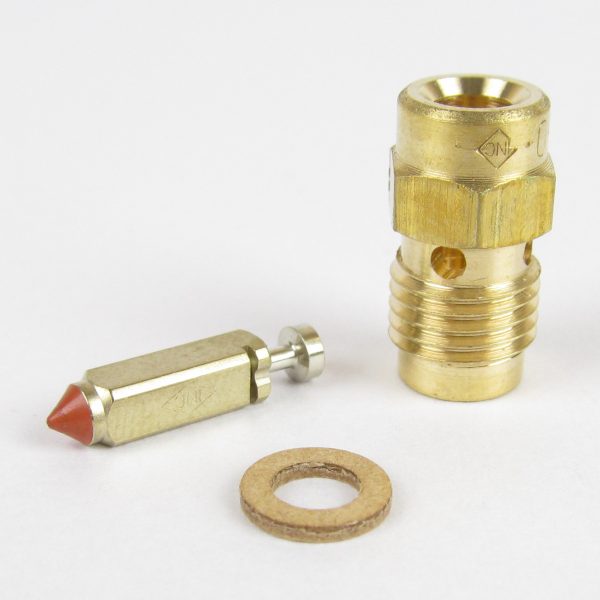 When you open the petrol tap, the hydraulic head of the petrol in the tank is pushing the valve off its seat allowing fuel to flow from the tank and fill up the float bowl. And then it pees out of the air intake hole in the carb body and all over the floor.

Or in your case, down the engine intake, past an open inlet valve and into the cylinder. Result: hydraulic lock and a bent con rod. Best avoided ...

Change the float valve. They don't last with modern fuels. I have heard that Dell'Orto are making valves these days without the Viton tip that does the sealing, but which also fails. But I can't find any.

P.s Do both carbs while you're there.
Top

P.s Another precaution. Take the dip stick out and smell the oil in the sump (!). If there's any wiff of petrol, it means some got past the piston rings and is now in your engine oil.

Not really desirable 'cos it will denature the oil. Best to do an oil change.
Top

thanks for the tips; i will check things out. re: gas in the oil; i thought about that, and will check smell. but, i don't think much would have gotten in, it was only 15-30 minutes of leaking going on. and, w/full synthetic, and then giving the bike a good run; i'd think the oil would be ok. but, i will check it out.

ok, so this carb is a 36 phf nd - do i have to pull it apart to verify the size of the float valve assembly?

stick a #250 into it. All Ducati that came with PHF carbs had a #250 float needle valve

i believe the carbs on this bike were swapped out for the original 32mm carbs. would a 250 work with the complete float valve assembly, even if something different is in there now? and/or are you still confident that a 250 is the right size?

(and why don't i get email notifications that someone's posted, even tho i have that option box checked?)

doug s. wrote: ↑Mon Oct 25, 2021 7:36 pm i believe the carbs on this bike were swapped out for the original 32mm carbs. would a 250 work with the complete float valve assembly, even if something different is in there now? and/or are you still confident that a 250 is the right size?

40mm PHMs take 300s. But I reckon you'd have to be holding your Dramah at WOT for a good long time before you drank more gas than the 250 can deliver ...

But if you feel it might be safer, Dell'Orto do offer a 270.
Top

thanks; i'm sure 250 will be more than sufficient.

doug s. wrote: ↑Mon Oct 25, 2021 7:36 pm i believe the carbs on this bike were swapped out for the original 32mm carbs. would a 250 work with the complete float valve assembly, even if something different is in there now? and/or are you still confident that a 250 is the right size?

40mm PHMs take 300s. But I reckon you'd have to be holding your Dramah at WOT for a good long time before you drank more gas than the 250 can deliver ...

But if you feel it might be safer, Dell'Orto do offer a 270.