Post pictures of your twin cylinder Bevel Drive Ducati (pre-1985) along with a description here.
Post Reply
13 posts • Page 1 of 1

Well, anyone who's on the bevelheads list will have heard about this bike quite a bit already, but here we go.

When I brought it home it looked like this: 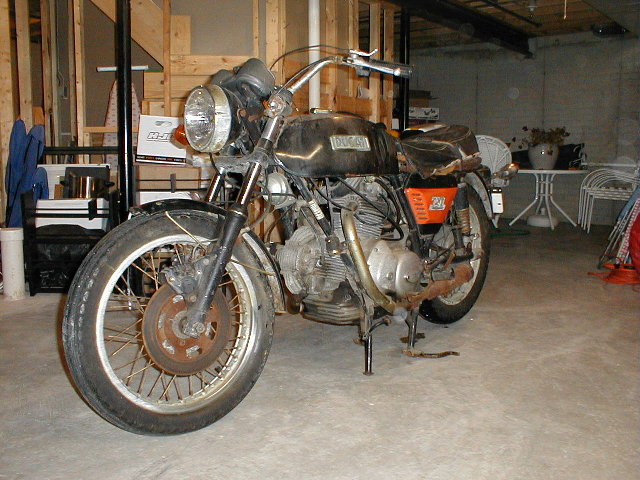 And now almost two years later, it looks like this: 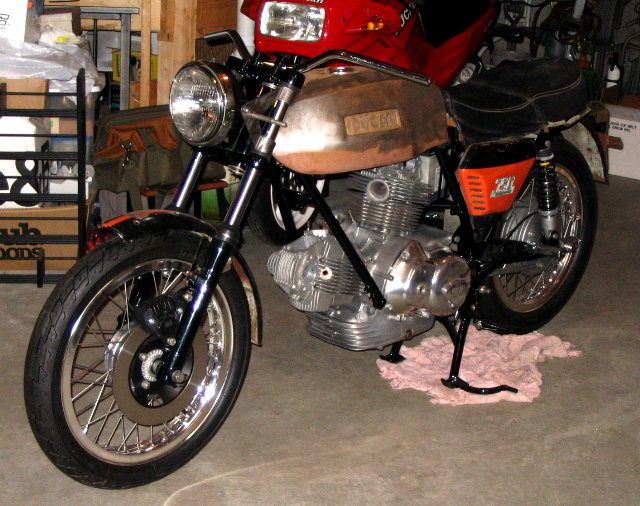 The "current" picture is a bit of a teaser actually. The engine is still missing pistons and the heads are bare.

When done it's going to have high compression pistons, 32mm carbs, and a Dyna ignition. Other mods are Excel alloy rims to replace the trashed steel parts it came with, a later instrument panel that's similar to a Sport dash but includes the ignition switch too, lower bars, and a bunch of other little details I've forgotten or haven't decided on yet.

I'm not trying for a 100 point restoration obviously, it's going to be a rebuilt '74 that still carries a few of the scars it earned during the 60,000+ miles it's covered over the years.

I've got more pics on my website, with more to come as the project progresses. (My advice to anyone undertaking a project like this - get a digital camera and use it. I can't believe how many times I've referred back to the 100's of pics I took during the tear down phase...)
-Craig
Team YIKES! Motorsports
Top

Progress continues, slowly. Painting is underway... this was taken under a florescent light so the color is off, and the headlight shell looks like a blob, but what the heck.

The color (House of Kolor Meteor Maroon) is a little lighter than I was hoping for, but it will work. The black is Auto Air under HOK clear. Auto Air is water based, neat stuff. I'm going to play around with it more on other projects since I'm not so excited about working with all the chemicals of typical paint. (You still need to spray conventional primer and clear coat though). The clear is about four hours old here so it obviously hasn't been polished yet.

I'm new to this painting stuff (I did take a class in it... 20 years ago!) so there are some "D'oh!" areas here and there, but I got lucky in that the only place I totally screwed up is hidden under some trim when the bike is assembled. Woo Hoo! I'd rather be lucky than good!

Getting closer... I obviously have more work to do on the tank and rear fender though.

Paint is done. The bike has finally seen the light of day for the first time in almost three years. Ok, part of the bike... still a lot of work to do. 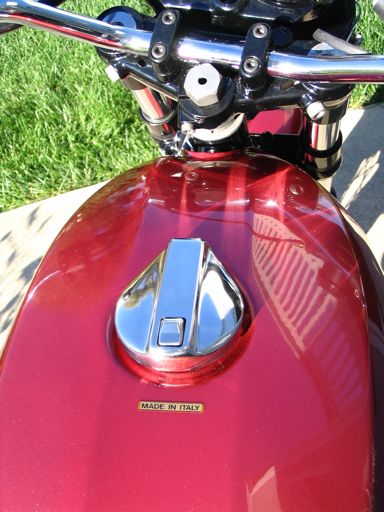 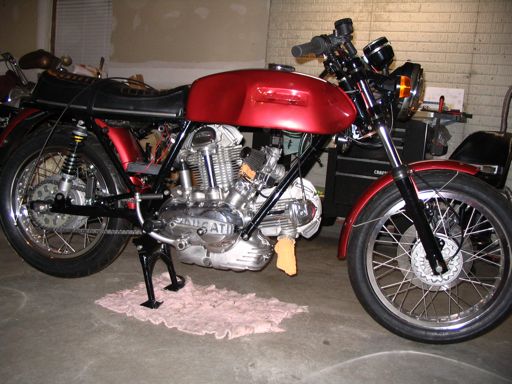 Ok, so maybe it was more than a day. And maybe it's STILL not done. but it's close... 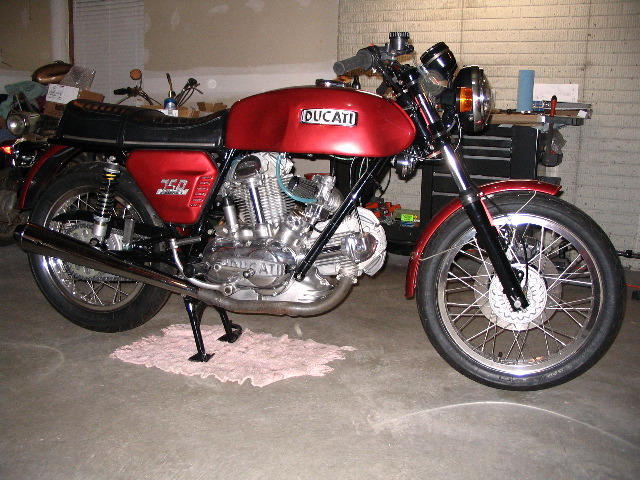 Well... this is pretty much it. I've taken off the strap on the seat and added mirrors since this picture was taken but those are about the only (visible) changes.

So after over three year of work rebuilding it, now I'm waiting for the weather to get nicer so I can start wearing it out again!

I don't remember if I posted this link here already, I don't think so...

Anywhos, I started a video of this project when I first got it, then forgot about the video, then ran across it and decided to finish it up. I got tired trying to deal with the audio track so I deleted it all and put it to music. (Gotta love iTunes, just sort by time and pick a song that's about the right length!)

Spectacular mate!! I could find room in my shed for that little treasure anytime.
Top

how did you get those motor cases so clean
Top

nottonight68 wrote:how did you get those motor cases so clean