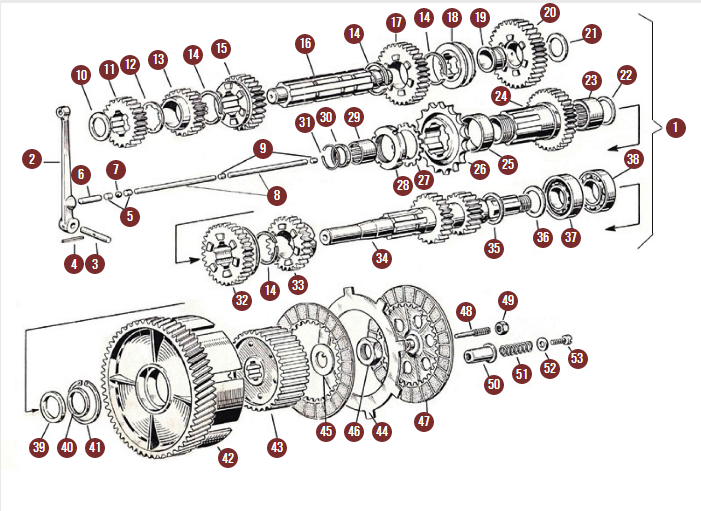 Bad day at black rock. Tweaking the idle last night after installing the #60 pilot jets and it went OK. Then shut it off to answer the phone. Started again to give it a final touch & the idle speed was down from before ....... odd. It had very little fuel in it so put on reserve, but didn't seem to make a difference. Oh well, I'll top it off in the morning.

My theory is that being in the same garage as that other GT with all the electrical problems somehow by electrical osmosis caused it. At least it didn't choose to crap out on my trip last week on the middle of the road between Cowichan Lake and Port Renfrew. That would have been a laugh a minute.
Last edited by geodoc on Thu Jul 31, 2014 8:58 am, edited 2 times in total.
Top

I don't pretend to understand, but I've definitely experienced it over the years
Curt
Top

I get it takes enormous power to generate speed like that,especially on the salt.Is it geared to the moon and needs a big push off as well.Enjoying your posts here,there is a bloke on the Laverda list who builds high end classic cars,Napier's etc for a living.For fun he is doing a couple of Laverda twins.Its fantastic when blokes like him and you post up.
Top

I'll post some pictures of it with the fairing on later.
Top

Some with the fairing:

Things are getting a bit cramped in 'Tom's Temple of Torque'. The red GT on the left came in for getting running and then a list of electrical problems.

Still waiting for the warranty replacement Dyna-S to show up. I did get the .85 kg/mm fork springs to replace the .90 ones that should make the ride a bit better. (the .90 ones from Racetech will be going on eBay)

Went down to the Vintage Motorcycle Festival at the LeMay Car Museum in Tacoma WA this past Saturday. There was a clutch of Bevels there, among which was the 80's Tunstall racer: