by enforcer
Hey there
Im looking into replacing the sprag bearing on my Darmah Ive been studying the forum for a few days now . Just wondering how hard it is to replace the bearing and if the SKF bearing works any better. Any info or feed back would be great .

I am now on the second SKF sprag replacement in my Darmah, and fingers crossed it has shown no signs of failure thus far. Unfortunately, the first one lunched itself after about 12 months, but I suspect that was more an issue with starter and some occasional back firing issues I was having at the time.( Now rectified )

As for the actual job of replacement, not so hard if you have the correct tools, some time and patients.

Given the cost of an original sprag, I would absolutely give the SKF a try.

by enforcer
thanks for the reply
Ill have to give it a crack ......

by enforcer
Well . not to many dramas for the darmah. just replaced a few seals/gaskets and the sprag, Engine starts first go now.
there was some grease like build up on the original sprag ? may have been the problem as the original sprag bearing didnt look too bad .any way new sprag in now all good.
thanks for the info

by AndyCapp
My SKF 445419 lasted only 12 months and around 50 starts. No obvious sign of wear or damage to the parts the bearing fits into.

by RobiD
Trying to find a supplier of that SKF number 445419.

Every supplier I've contacted say that the number is incorrect.

Can anyone clarify the number and perhaps a bearing service they have bought it from.

Thanks for the help.
David

by Craig in France
Hi David,

That's the reference number I have, and they're still available here in France.
https://www.123roulement.com/roulement-445419-SKF.php

However:
Frankly, I would advise you to stop looking

. Please just go buy one from Steve. He even has them on promo at the moment, making them cheaper than I can buy one here.

2. I have seen it claimed that the OEM part was made by Borg Warner and is a component in their BWX range. I think it is a 'Disengaging' bearing and therefore would have a reference number of either 133339 and 1310003. If I'm wrong and it is the 'Engaging' type, then the reference is 137222. Go http://www.ringspanncorp.com/en/product ... wheels-bwx

3. I have also seen it claimed that an alternative reference is DC4972 (4C). For more info on this bearing, go (for example):
http://www.flamang.de/produkte/freilaeu ... bauart.pdf

by BevHevSteve
Thanks Craig, yes I keep them in stock 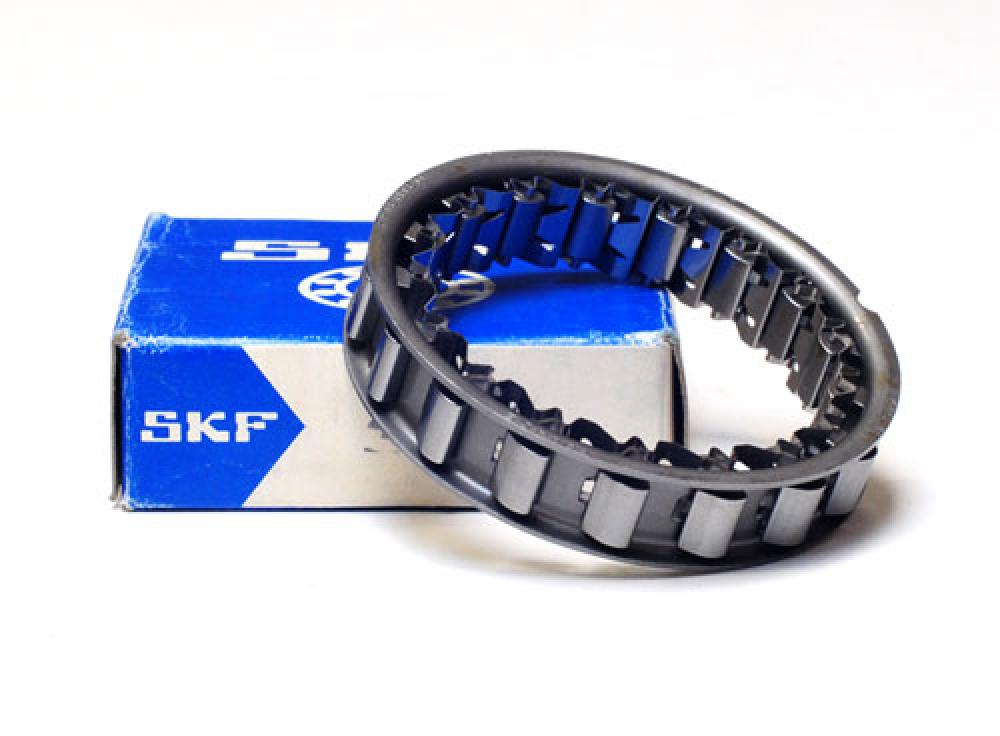 by AndyCapp
Another SKF sprag failure - this time it has damaged both inner & outer races. I guess getting these repaired would be vastly expensive ...
I do have spare starter gear & primary drive from an old engine, but these failures are getting a bit much. Didn't I read somewhere that it's possible to do some machining which would allow the newer/stronger sprag from later bikes to be used ?
Or is there a mod anybody knows which will finally and fully fix this problem ? (Please, no jokes about a kick start ...)

by RobiD
Thanks Craig in France.

Been a while since I've been on here and just saw the replies.

Yes, I've bought one from Steve and it's on it's way to Australia.

Thanks for the advice and input.

by RobiD
Well 4 and a half years and the sprag has gone again. Just thought I'd post an update.

by BevHevSteve
Brook at Vee Two has bought his business back and is in production mode making all his spares again. I have a bunch of his stuff he has completed, more en route and more in the future for sure.

Brook has finished a few different starter sprag upgrade kits fitting various model bevel drives. Link below to the available models we have in stock now. 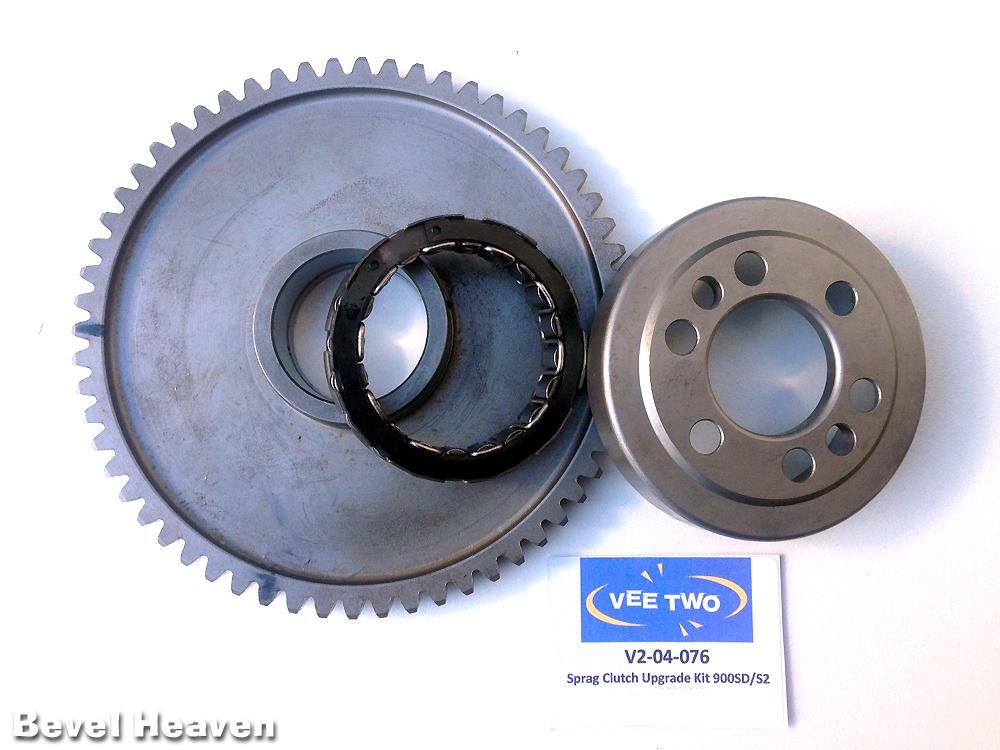 As you can see, its a complete kit with a modern Ducati sprag which is much beefier than the original bevel drive one and hugely stronger than the SKF sprags that were the only drop in option the past decade. Consider this kit...

by RobiD
Thanks Steve, I have been looking at this.

Pricey but I get that it's probably worth it.

by BevHevSteve
everything is properly engineered, proper heat treated, proper tolerances, proper STRONG and larger sprag.... It's not going to fail.

by Craig in France
Interesting, Steve - thanks for the post. The original system was always fatally flawed, so good on Brook for starting from scratch and coming up with something more suited to the job.

Touch wood, mine is still operational. But 'never say never' ...